Before: Chimney siding in need of repair and staining. The siding was removed and repairs made to the wall sheathing, flashing at chimney and rear dormer. After: Whole house was power washed and stained. The chimney cap was treated with a rust inhibitor primer and painted with an oil based product.

Before: A barn / garage in need of multiple repairs. After: The project included repairing window sash and sill; replacing ten courses of siding on the front; replacing fascia and soffit on left side and replacing the garage doors. Behind the scenes we replaced the post and beams in the garage door wall (note sagging and twisted doors in the first photo).

Before: Aging wood floors. Damage included cupping and water damage. After: The entire floor area was sanded to remove the old finish. Loose boards were repaired, and damaged boards were replaced. The final step included a coat of stain and (3) coats of polyurethane finish. The goal of the owner was to retain the overall character of these gorgeous classic floors – achieved!

Before: Ornate head casing is rotted. After: A new head casing was fabricated, and included new crown and bead mouldings. Copper flashings were also added. New lamps were installed and the entire door system was primed and painted.

Before: Styles and rails rotted. After: Fabricated new parts and re-built shutter. Prime and paint.

Before: An overgrown and dated bluestone sitting area. After: A walled gathering place with a gas fire pit in the shadows of a white stained cedar pergola.

Before: Loose plaster and bubbled paint on ceiling due to water leak from roof. Middle photo shows the extent of hidden damage to plaster and beam. Note the metal lathe is totally rusted away. After: Repaired wire lathe. Installed new, 3 coat painted plaster finish.

Before: Black chain link fence with no privacy. After: Woven artificial grass panel that blends with the surroundings and creates privacy.

Before: Wall staining due to active bat nesting. After: The existing shutters were rebuilt with black FRP panel backing to discourage bat nesting. The stucco was cleaned and the shutters were rehung. Six bat houses were installed in surrounding trees to provide alternate nesting sights; all work was timed to coincide with non-nesting periods.

Before: Normal wear and tear on this front door. After: The door was cleaned and sanded. Next, the glass and brass was cleaned. Final process – the front door of a historic Princeton home was refinished back to it’s original luster.

Before: A typical garage step with 8-9” risers. After: Completed low rise steps with extended tread length for ease and security. Multiple hand rails and grab handles lend assistance and help with balance as you enter and exit the home.

Before: Brick step repair with railing. Loose brick step tread caused by water infiltration and mortar failure. After: The loose brick was removed and replaced. The new brick was installed and the adjacent mortar joints were repainted. 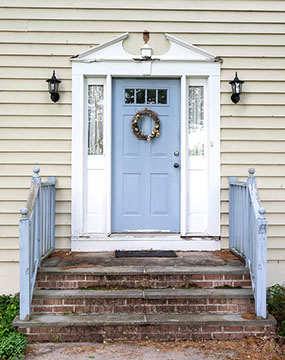 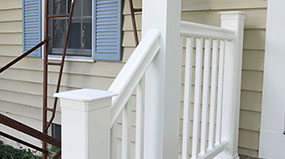 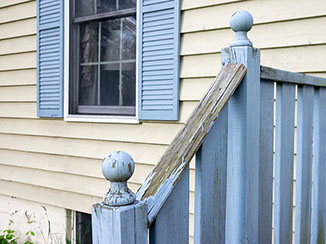 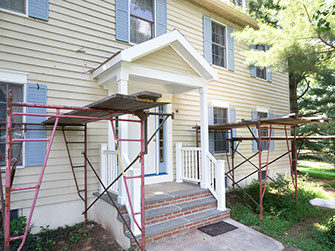 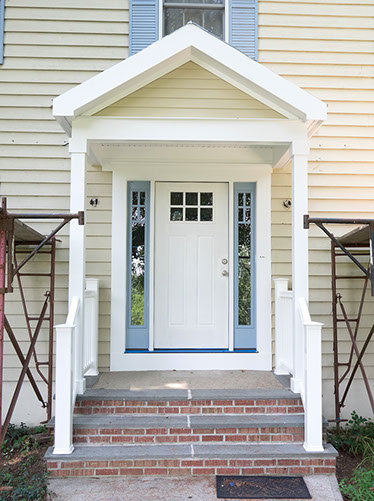 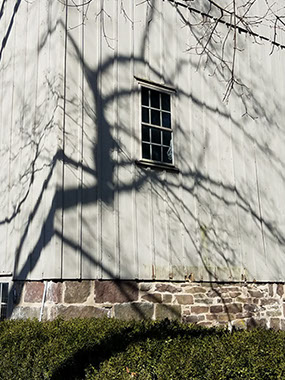 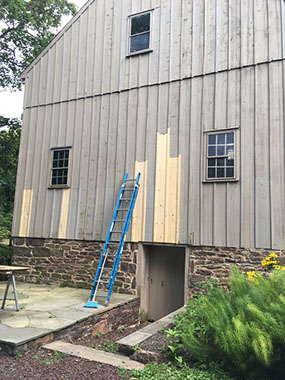 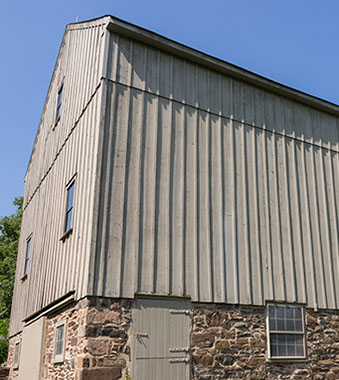 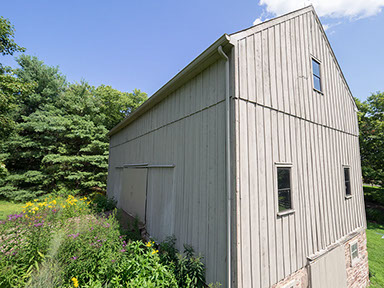 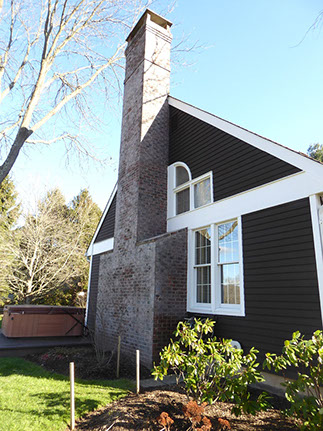 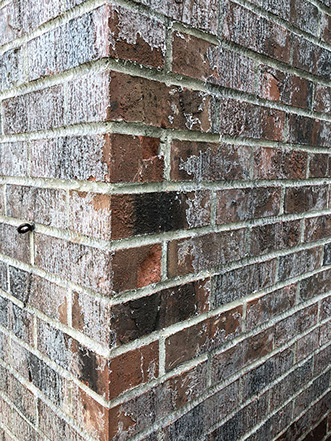 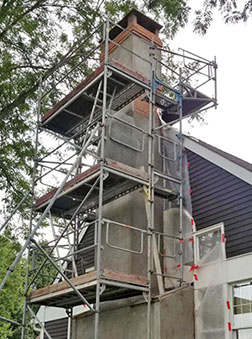 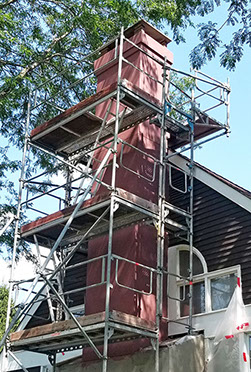